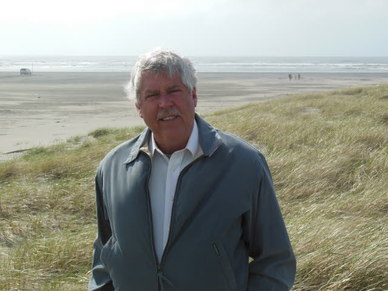 Kenneth M. Price, Jr. is a semi-retired free-lance engineer, writer and musician currently residing in Washington state.  A brief history includes his graduating as a Mechanical Engineer from the University of California in 1976.  Kenneth then spent 14 years working for a major oil company.   Kenneth came to this research as a field engineer in the Petroleum Industry.  He later combined his knowledge of engines and fuels with his understanding of the corporate games played out within the industry, such as promoting poor products because they were in over-abundance, to document the deceitful ways of an industry devoid of the necessary moral values to function properly.
Following a stint running his own business and a five year family trip to Fiji, Kenneth began work on his book.  Now, after nine years of research and near endless editing, Titanic and Hindenburg; Two Tragedies, One Plan  has nearly been completed.    Mr. Price claims there is still so much new information coming to light that a final publishing date is impossible to select.  For this reason, he has decided to publish his works on-line for the time being.  During this interlude the future hard-copy book remains a living repository of information from any and all who want to submit further information.

At present his book articulately documents the means and the extent to which the oil industry has gone to achieve their monopoly and grandiose petroleum sales objectives.  What is most exciting it that the book not only blows the lid off of what really happened to the Titanic and the Hindenburg but provides engineering and scientific discussion of why they were destroyed.  And that was to create a false belief that both of these forms of passenger transportation were fraught with danger.  Over time, steamships and dirigibles gave way to piston-powered aircraft.

The facts will show that both of these transportation behemoths were not only a marvel of engineering at the time but were in fact very safe.   All in all, the scope and ramifications of Titanic and Hindenburg; Two Tragedies, One Plan are extraordinary.  This is a reason why Kenneth has made the entire contents of his book free to the public for the time being and into the future.  Those who are honestly seeking the truth are invited to take full advantage of the research.   ​​
Price’s goals in the release of this book are several:  ​
Contained within Titanic and Hindenburg; Two Tragedies, One Plan is enough valuable research, that if it is absorbed by a portion of the human population, we as a whole will liberate ourselves from the yoke of petroleum-servitude.   And as we replace our transportation highways and bridges, we will construct them out of materials that last, and they will reflect a level of technology that we have designed and deserve.  And we will say no to self-steered cars that are equipped with the same medieval piston engines we've used for the past 100 years, finally to have steam and hydrogen power harnessed in the natural cycles that Nature and God have already designed and perfected for us.

​Titanic and Hindenburg; Two Tragedies, One Plan has received both raves and comments from the people who have read it.  For additional information and background, visit Kenneth's main website: kenneth-m-price-jr.weebly.com
Proudly powered by Weebly